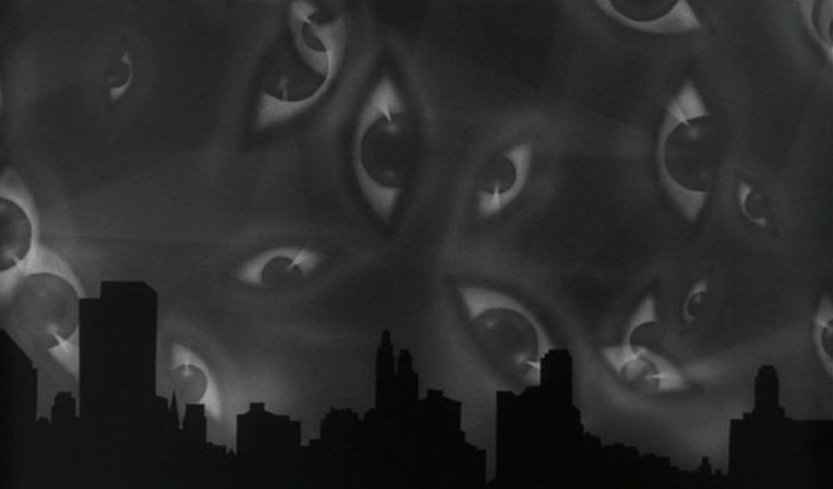 We have been Langpilled! How did it happen? Who is to blame? When and why has Cinema Year Zero become obsessed with the work of the American-Austrian-German filmmaker, who was born 130 years ago this December?

To begin in the present, Lang is everywhere. For critics, Christopher Nolan is often a favourable comparison point, whose interlocking systems, intellectualism, darkness, and structural rigour are certainly features of the German auteur’s cinema (some words you will find cropping up time and time again in this volume: “web”, “network”, “connected”, “conspiracy”). More apt, however, is that perfectionist, David Fincher, who is accused of coldness, like Lang, but, also like Lang, has a sprightly eye for human relationships that occasionally needs a clinical eye to capture.

But his perceptive outlook doesn’t stop with these two monochrome wunderkinder. He’s the kind of director whose spirit can be felt in an entire franchise of films in James Bond; the works of Hollywood formalists like Steven Soderbergh and Kathryn Bigelow; revolutionary African artists like Med Hondo and Ousmane Sembène; festival darlings like Claire Denis and David Lynch; at least one of the Resident Evil films; and a great many directors whose work is explored in this very volume, like David Cronenberg; Don Siegel; Ridley Scott; Johnnie To; and Martin Scorsese. Between Tenet ([2020], a remake of Spione [1928] for the “mask-up and vote” generation) and Mank ([2020], a “what if Dr Mabuse wrote Citizen Kane [1941]” fantasy picture) Lang is everywhere, all the time, laughing at us with a thousand eyes from the great beyond. (Make of this especially masculine roster what you will!)

But the vast ambition of films like Mank and Tenet is rarely found in the nuts and bolts of Lang’s kino. His motifs are much smaller, often in close up. The gun in The Big Heat’s first shot (1953). The torn pocket of Fury (1936). The frogs in You Only Live Once (1937). Lang’s arcane, angular cityscapes are shot from miniature first person views. The noir visions in, say, Michael Mann’s films aren’t Langian, because the Chicagoan sees the city as a giant panning shot. His advanced networks of information are Langian, however. Take the first scene of Heat (1995), in which a commuter train enters LA, dozens of train tracks crossing and mingling like the web Mann is about to assault the viewer with.

The Mabuse films (1922-1960), Metropolis (1927), and Spione leap across their cities with a violent enervation, those cuts from place to place acting as webs in a grand conspiracy. Lang doesn’t tighten those threads. He lets them hang. In that regard, one cannot help but jump to Taipei in 1985, of Edward Yang’s The Terrorizers, which showcases violent noir scenes alongside the emotional extremes of young people. Or in Hou Hsiao-hsien’s Three Times (2005), where Taipei takes on a dark, oppressive atmosphere.

When he went to America, Lang’s city films became his least enticing. Having pushed the urbane as far as it could go in the two Mabuse films and M (1931), his American films advance Lang’s emotional palate only when the absence of the urban is felt. In You Only Live Once, Fonda and Sydney regress into a pastoral, edenic state. In Human Desire (1954), the birth of the suburb places its leads in an industrial wasteland that translates Zola and Renoir’s treatise on the French problem to one that was fast growing in the United States. The Woman in the Window (1944), by contrast, is Lang’s most rote and – dare we say – boring film, with a tempered Edward G. Robinson a far cry from the sheer desperation of Peter Lorre.

On the other hand, let it never be said that we didn’t long for Robinson’s poe face amidst the copious sea of brownface in Lang’s The Indian Epic (1959). A two-part colonialist adventure movie, here Lang delivered a summation of sorts, in a kaleidoscopic assault of Indian iconography, filtered through the eyes of a man whose very essence screams European. His swan-song, The Thousand Eyes of Dr Mabuse (1960), wrapped up his greatest character with a level of psychological and physical violence that was consistent with his extraordinary filmography.

And yet within young cinephile circles, if such a thing exists, Lang appears relegated. A perennial Film Studies core-texter whose films have value only as examples of expressionism or early sound, or that slippery thing we call “Noir”, it is rare to see discussion of the pleasures of Lang.

Cinema Year Zero Volume 3: In the Shadow of Lang, then, is an attempt to put the humanism back into Langian discourse. First, Ren Scateni looks at Lang’s early Harakiri (1919), made when German Expressionism was but a glint in Erich Pommer’s eye, picking apart just how it gets Japanese culture wrong, and what that might tell us about then and now. Then Cathy Brennan falls down a podcasting wormhole, and into the trap of Dr Mabuse, the Gambler (1922), as she notices equivalencies between the arch-villain and Jordan Belfort, both the real man and the character in Martin Scorsese’s The Wolf of Wall Street (2013). Katie Hogan studies the feminine figure of the robot throughout contemporary American Science Fiction. Are they always made in the shape of Metropolis?

Then, Lang speaks. Joseph Owen listens, and finds the voice of William Faulkner bearing down on each frame of M. Meanwhile, Fedor Tot uncovers another conspiracy: the direct to VOD thriller’s apparent lineage from Lang’s Fury all the way down. Patrick Preziosi provides a rosetta stone of sorts: he throws down two of Columbia’s great 1950s films, The Sniper (1952) and The Lineup (1958), and traces Lang all over the map. Tom Atkinson examines Hong Kong maestro Johnnie To for clues, discovering characters reduced to mere symbols. Finally, Ben Flanagan visits The Indian Epic, finding Lang close to buckling under the weight of his own influence.

As ever, Cinema Year Zero is a not-for-profit publication that strives to pay its writers. We will only be able to achieve this through donations, and this month we opened a Patreon! On the Basic Tier, for £3 or $4 a month, you get access to our podcast, including a Lang companion episode where we chat to Patrick Preziosi and Serena Scateni about their essays in this volume and Lang’s work in general. The Kino Tier, for £5 or $6.50 a month, will get you extra writing, including festival dispatches, anniversary musings, and reviews of new releases, as well as the podcast too.

The Wolf of Wall Street by Cathy Brennan

Cathy Brennan finds that Dr Mabuse and The Wolf of Wall Street‘s Jordan Belfort have a lot in common.

Katie Hogan asks whether the woman-as-robot character in fiction can only be in the image of the Maria-bot in Metropolis.

Joseph Owen finds only despair and prison anxiety in the works of William Faulkner and serial killer thriller M.

Fedor Tot investigates why Fritz Lang’s moral ambiguity influenced so many, but could be skilfully deployed by so few.

The Lineup by Patrick Preziosi

Tom Atkinson finds the Lang in one of the German auteur’s most prolific spiritual descendants: Johnnie To.

The Indian Epic by Ben Flanagan